This article touches on how we might consolidate the loss of loved ones without the comfort of a religious belief.

As I sprinkle a last handful of soil into Dumplings final resting place, the wind whips. A giant Holm oak in its winter greenery grows next to our garden. It’s girth is wide and its sprawling muscular limbs are dark-set against the bright, overcast sky. The wind pulses violently again. The air is cool.

As I look upon Dumpling for the very last time I feel tired. I imagine Dumplings molecules dispersing back to the earth. The multitude of compounds and atoms that were gathered up at Dumplings creation, held together to give him life for a short time, are now free of the energy that bound them. Those same elements that were born within stars billions of years ago, today return to the vast and timeless earth on which I stand. Dumpling, and indeed all of us, are testament to a mind boggling collection of inherited miracles that started at the birth of the universe.

In years to come, some of those elements will eventually soar up into the sky continuing the epic story of our physical bodies as our energy moves on. The molecules of Dumpling will surround me for the rest of my life and when my life ends, I, as my constituent physical properties, will join those same molecules and altered energies soaring the landscape.

There is some solace to be gleaned from the absence of consciousness and the discontinuation of being. Dumplings current experience, of which there is nothing, is devoid of all life’s joys but also pain, suffering and hunger. The ultimate indifference. The suffering is currently only felt by those of us stood around the lip of his tiny grave. Dumpling will now be ‘experiencing’ exactly the same thoughts as before he was born. A total and absolute absence of consciousness.

The physical effects of loss are common to all who experience it. A tight stomach, a numb throat and burning eyes. I try, painful as it is, to etch these feelings and the discomfort of this moment onto my life with Dumpling in the hope of making the memories stronger and more permanent. Dumplings life is held within the memories of those of us still alive. This is all that remains.

In the rawness of separation, a smile. A small furry Lagomorph shared a house with three apes in a weird interspecies relationship. A bizarre situation really, but the soreness of the final departure is equitable to any I’ve experienced before. As far as our understanding of rabbits extend, we consul ourselves with the hope that we have made Dumplings life comfortable and maybe even happy, whatever concept that forms within the mind of a rabbit. As a product of modernity and separate from the ethics of a society that breeds pets for our own amusement and comfort, we did our best by him. He was plucked from a rescue centre, paired with another, and we were witness to signs of affection and contentment in Dumplings behaviour that we now hold onto.

Over the next few days, it’s the little reminders that stretch a smile of reflection. The habits that once saturated the mundane and the everyday. The expectation of Dumpling greeting me at the front door, the stretching out relaxed as I stroke him by my side, the half used bag of favoured kale in the fridge, the eagerness of Dumpy’s attention as he’d stand on my slippers as I tried to walk past. These are little shadows of moments that my thoughts still fall upon. An expectation for a continuation of Dumpy’s life before the regular, intermittent dawning that these times have passed.

The Reflection on other Losses

The loss of Dumpling is not just about Dumpling. His passing stirs up the memories of an  amalgamated line of losses that pepper my life. The times I’ve walked through the sunshine, wind or rain to watch a coffin disappear behind a curtain, marking the sombre melancholy of a passing. We all have these moments.

Death is our only certainty. It will happen. Sometimes it appears sooner than we would like. To avoid thinking and talking about death is to deny ‘knowing’ this single piece of clarity. The encroachment of age also forces me to consider my own mortality and the questions of how to deal with death, both of others and my own. The calm reflection during and after grief is a ‘good’ time for this. To dwell on the joy and enrichment other people and animals have brought into my life and absorb any lessons to which I’m instructed.

It is worth having some further clarity here. It is a fine line between calm reflection on the close people that have departed your life and the permanent lamenting of the past in an overly sentimental shroud and self diminishing flagellation. There are the memories of the direct experiences which have now ended, but their absence should only serve to illuminate the space that is left. That space of our own lives.

Death as a Reminder of the Urgency and Limits of Life

Why should I think any more of the inevitable, final, painful death? It is because it is the opposite of life? In a world of opposites the more you experience one side, the greater the secrets of its opposite are revealed. The more discorded a chord, the sweeter the harmonies. The deeper the depression, the more exciting the joy. The colder the winter, the more elating the arrival of spring. Pain and joy. Dark and Light.

In the melancholy and quiet after Dumplings death and of those before him, there seems to appear a clarity that sets life on a pedestal. A further insight into an understanding that is usually buried by the mundane distractions of every day. Just how fragile and fleeting life is when viewed from enough distance. Just how beautiful. How urgent.

Much in life becomes trivial and is rendered superfluous in the wake of a loved ones permanent absence. Often I dwell too long and apply too much concern and attention on activities and thoughts that I feel drawn to against my will. To be vigilant against these unnecessary distractions in the hope that the magical moments of life will not pass me by unnoticed when they occur.

There are occasional times when fear of loss of the close people still alive in my life threatens to overwhelm me. To torture oneself with the imagined loss of another close friend or family member. To think that the last glimpse of your loved one could be the last. This is the flip side of an acceptance of the uncertainty and unpredictability of death. We would like to see order, to see a carefully fulfilled narrative from birth to death, hopefully a reasonably long narrative. As the saying goes ‘Life’s what happens to you when you’re making other plans’. Except the uncertainty. If someone dies it is painful, but we have time to heal. There will be new experiences and the slow, inevitable drip of time will eventually sooth, hard as that appears at the moment.

I am also aware of my own insular, more fortunate world as separate from the incredible suffering and unfairness that curses so many around the globe. The reflection in grief shines a little light on my position as a Human Being and brings certain things into focus. The oppression of people under theocracies and tainted governments, the gulf between the rich and poor and even the distractions and illusions of celebrity importance when brilliant minds go unnoticed. The suffering and unfairness is packaged as entertainment in 15 minute news articles. So many of us are touched by a dying pet or close family member but seemingly so dispassionate to other human beings, so dismissive of their desperation, unable to transpose the emotions conjured at personal loss and extend them to a fellow human. The gulf between the connection we have with a family member or pet and the plight of human beings we see every day is so vast.

Finally, and it is difficult to avoid cliches at this point, but existence is truly in the moment. A tiny moment perched on the top of an finite wave that quickly gathers up the future and sweeps away the past. This very moment has already passed. If you can at least momentarily glimpse that moment, sandwiched amongst the myriad and busyness of thought and rumination, maybe through meditation, you can see time’s persistent march through your life. We can choose to engage those moments in whatever way we wish.

To this end I have promised that I will take good photographs of the day to day. I realised when looking for the photographs for this blog that my memory is not as sharp. I strain as I reach for those distant links to smiles, touch and smells. As time moves on, memories fade. Those photos, if only snippets, can help focus and recall the smiles, laughs and pains I had with each of them and if possible, share them with others who knew them.

Dumpling has gone. The memories of him and the others I have loved, still love, are reinforced within me during another important period of reflection. A new shift in outlook feels right, better, clearer. I am left with my life spread out ahead of me, however long that is.

Christina. G. 2011: ‘Grief Beyond Belief: How Atheists are Dealing with Death’ Blog article on www.freethoughtblogs.com. 15/08.2011. http://freethoughtblogs.com/greta/2011/08/24/grief-beyond-belief-how-atheists-are-dealing-with-death/ 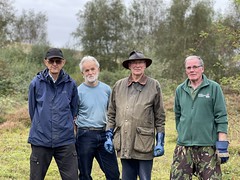 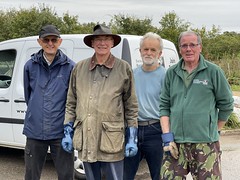 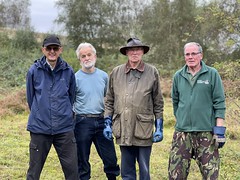 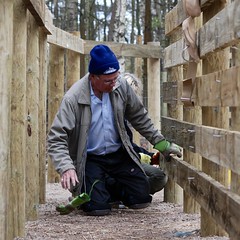 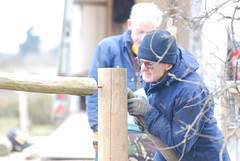 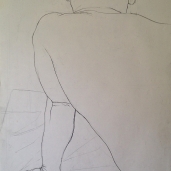 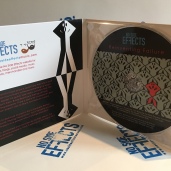 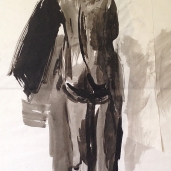 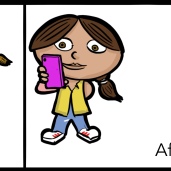